Two weekends in North Queensland, it was always going to be a tough challenge, especially on a street circuit.

The most promising thing about the first weekend was the three day event, it was a great opportunity to utilise practice twice on Friday in comparison to only one session throughout a two day format. 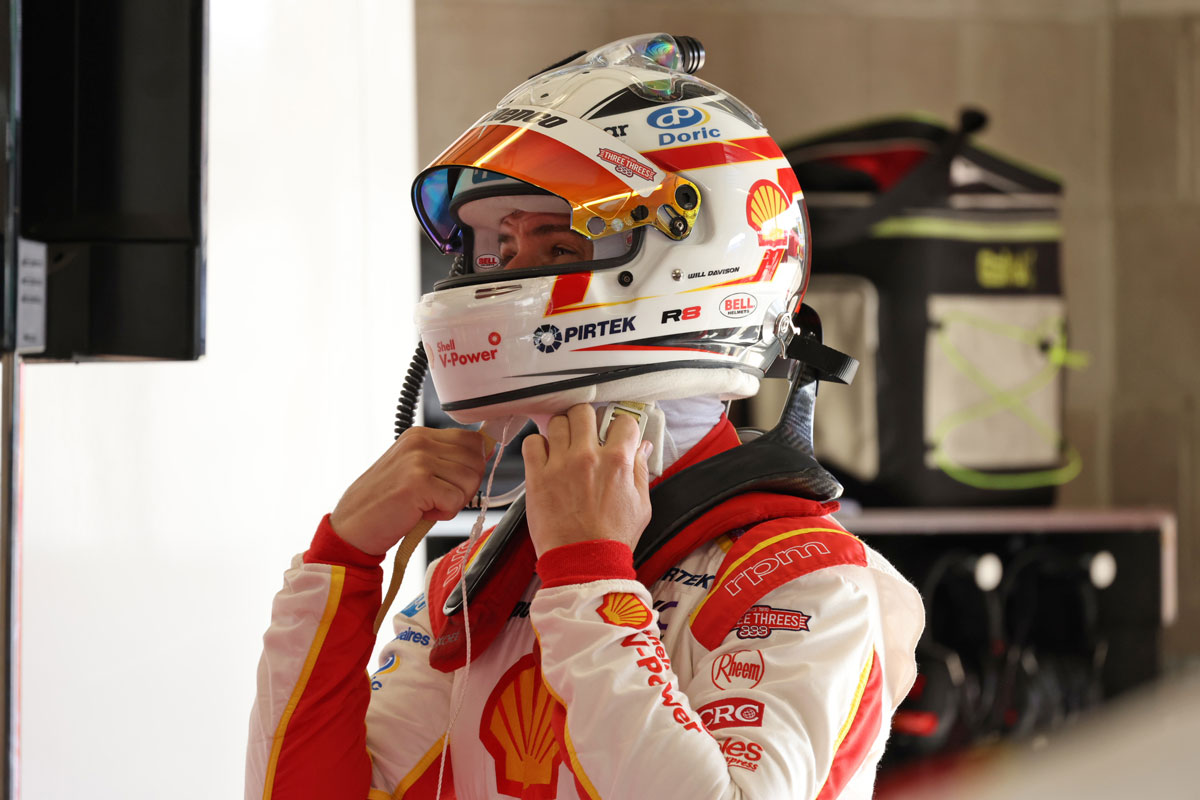 Qualifying has certainly been a strength of the team this year. The shootout result for myself was strong, starting on the second row of the grid for the first race.

Even though I had a strong qualifying car, it didn’t quite transform into the race throughout the early stint. We struggled a fair bit, but as the race started to grow longer and the track cooled, the car was able to pick up speed.

I looked certain for a Top 5 finish, but when I pitted, I didn’t pick up the required fuel drop, therefore I had to come in again and ultimately lost four positions to finish in P9.

There were definitely some missed points there, but that’s racing. We had another 250km race the next day to look forward to. 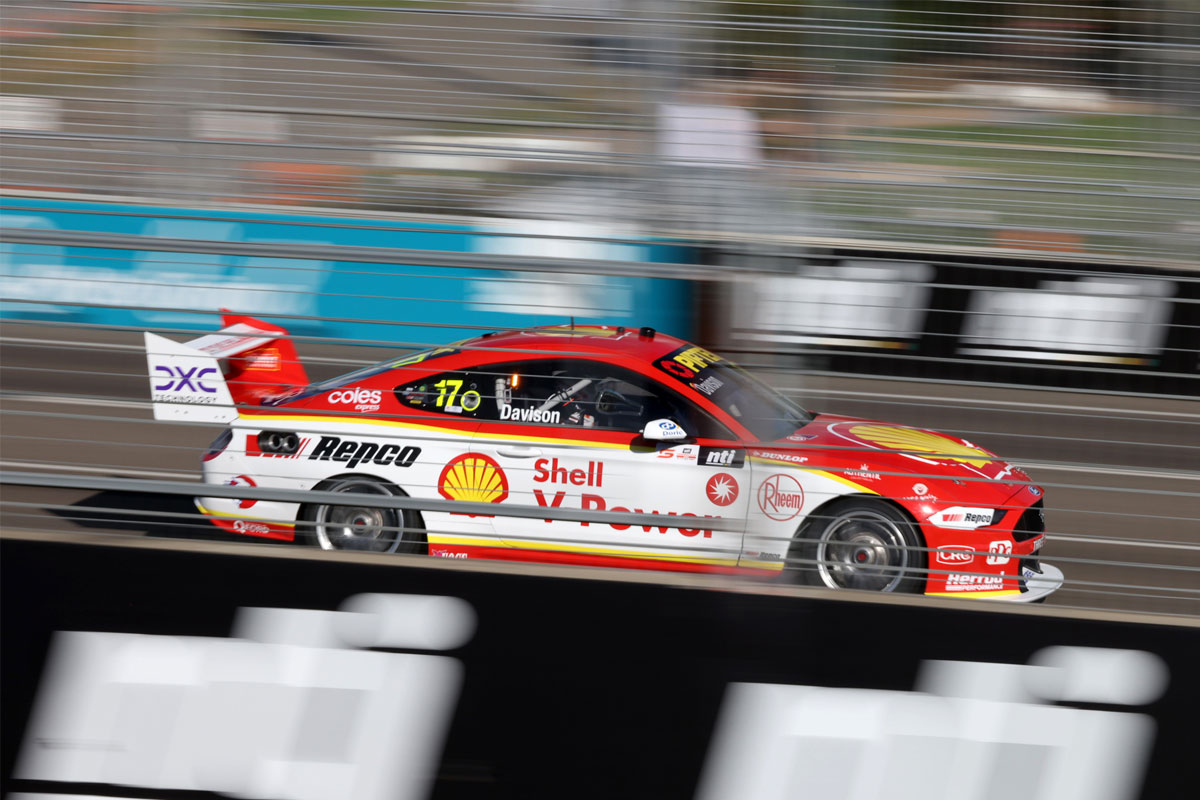 We threw some major changes at the car overnight knowing we needed more performance in the race.

I was comfortably through to the shootout on Sunday, but I had a pretty messy lap when the crunch time came and qualified on the fourth row of the grid.

When the lights went out, I battled through some heavy traffic, but kept the car out of trouble. I pitted quite early in the race to look for the undercut and found myself in some clean air. During the second stint, I was able to move up three spots until I pitted again.

I ended up coming home in P4, a pretty good result considering where I started and some solid points to finish the weekend off.

Overall, the weekend could have been better, a few hiccups on the way but we showed if we got it right, we had the ability to run in the Top 5. 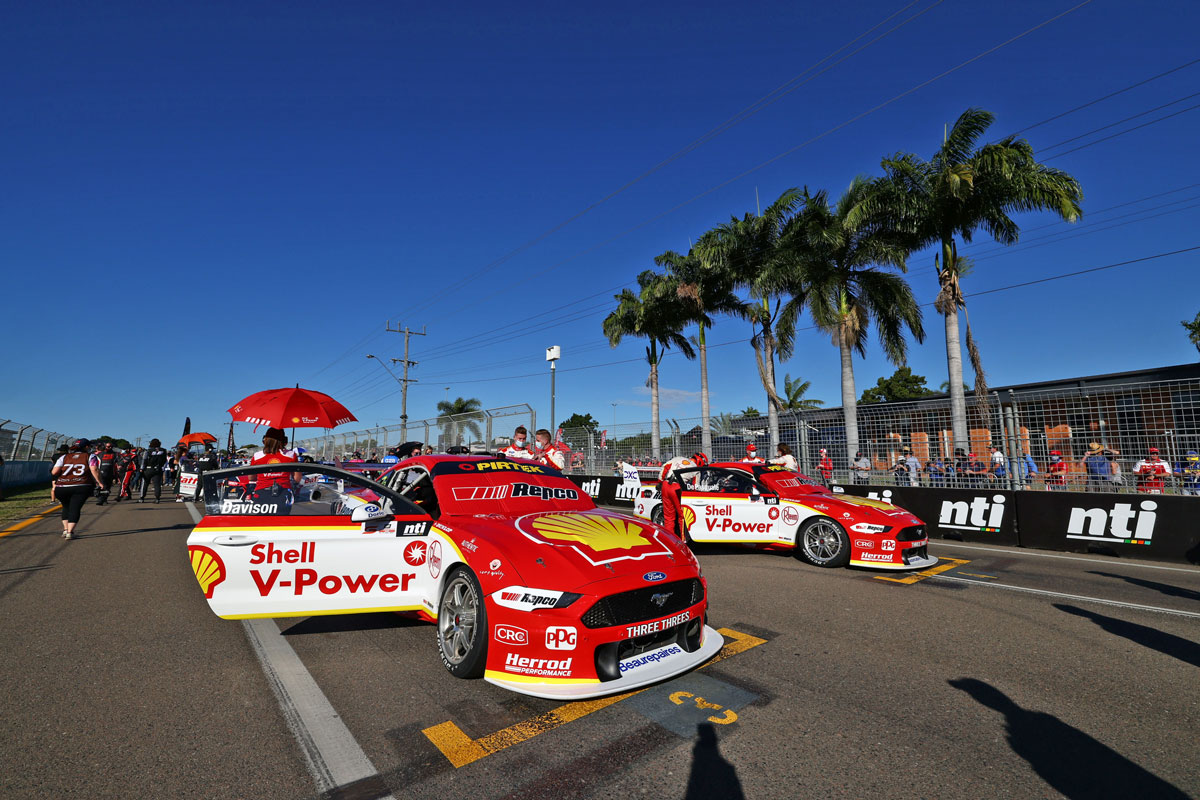 Even though we raced at the same track two weekends in a row, it doesn’t always necessarily mean it’s the same playing field.

The track changes, the drivers and teams get stronger, and it was a different format for the weekend. It was quite tricky coming into the sprint format, knowing we only had a single practice session before qualifying.

The car set-up was completely different from the previous weekend, but we were able to make the right changes at the right time to qualify P3 in the shootout.

The race was pretty reasonable, we were well and truly in the podium hunt before some contact with Van Gisbergen caused some trouble with the steering, which was disappointing for us knowing how well the car was going.

When I came in for the compulsory pitstop, the team were unable to change the left rear tyre, which was the hardest working tyre around the street circuit. We just had to leave the tyre on unfortunately and survive to the end.

I finished in P11, which was pretty good considering how destroyed that tyre was. But on the other side, I felt like the opportunity of the podium went begging if we didn’t have those issues. 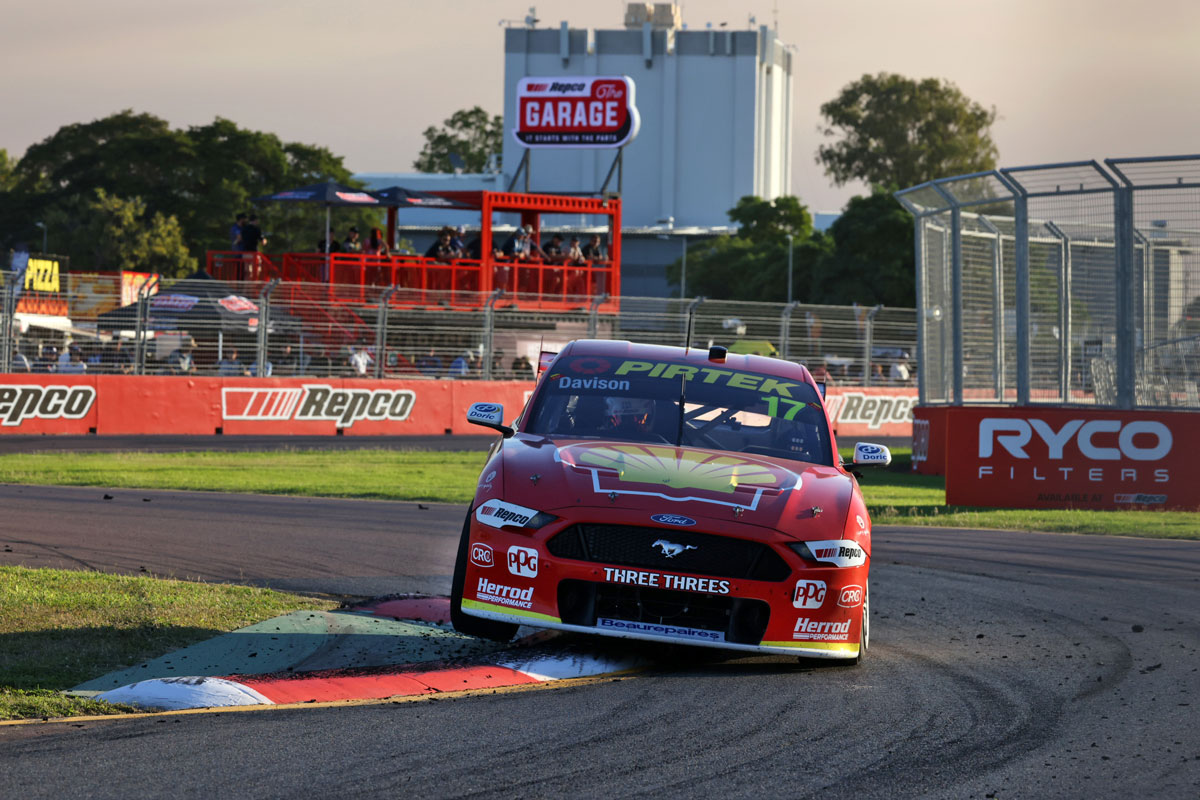 We came back on Sunday and I qualified P4 for both races, which I was stoked about considering my luck the day before.

The opening race for the day was pretty good for us. I actually ran a longer opening stint compared to the rest of the field, hoping it would benefit towards the end of the race.

I was hunting down Mostert through the closing stages of the race. I changed three tyres on my pitstop, where Mostert only changed his rear tyres, so I was coming home with fresher tyre life.

I had a couple dives at Mostert in the last few laps but he defended well. I think if I had another one or two laps, I could have snagged that podium spot but overall I was pleased with P4 and some great points. 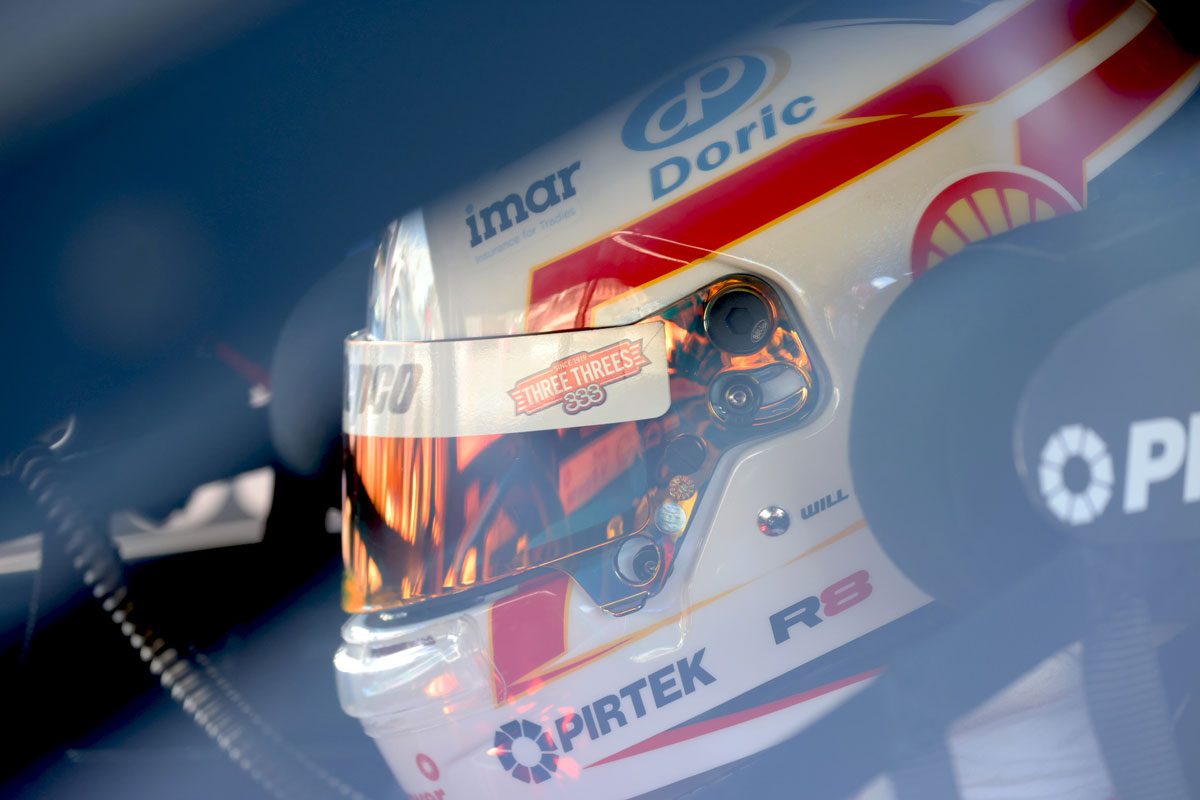 In the final race, I definitely had my fastest race car over the two weekends. I really enjoyed that race, we were much more competitive from the start, and the car started strong off the line.

I pitted early on Lap 12, looking for the undercut on Waters and Van Gisbergen ahead of me. Everything was going to plan, the undercut was working and I was leading the race. The safety car was called, and my hopes of winning were ultimately dashed, and I moved back to P3.

In the end, P3 was a great result but I can’t help to think what would have happened if that safety car didn’t come onto the track. Nevertheless, I was happy to finally get my hands on some silverware in Townsville, and celebrate with the Team. 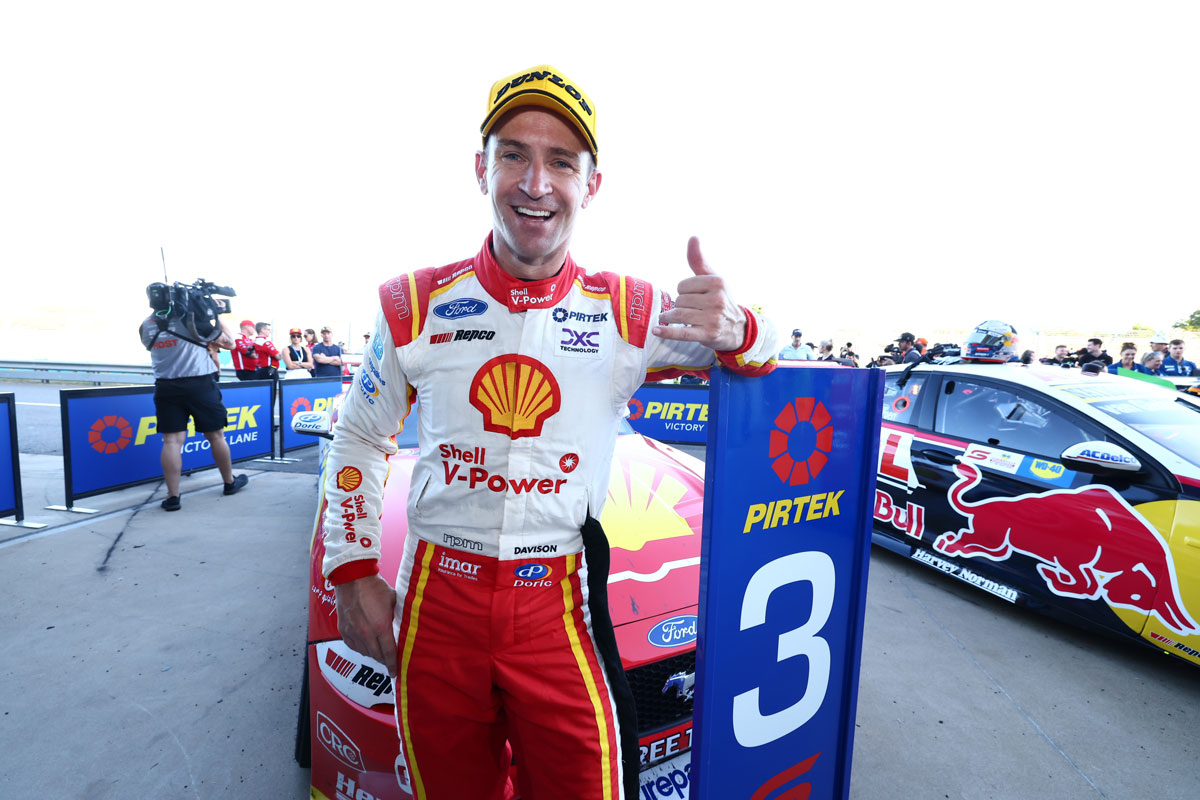 All and all, I can’t thank the Shell V-Power Team enough for all their hard work behind the scenes over the two weekends. The first victory of the year isn’t far away!

It’s disappointing we aren’t able to go racing over the next couple of months, but it’s also a great opportunity to reset, put the work in and come back stronger. There’s still plenty to play for in the championship, I’m looking forward to heading to Winton and getting the season back underway.