The Tassie weekend was a really important chapter for the Shell V-Power Racing Team in its new era with its new drivers.

We’re all working well together and working well as a team. That was proven when Anton and I were both up there in qualifying and the races.

We certainly learnt a lot at Sandown; although the results didn’t show much, I was confident with things we tried over the weekend, and we found a direction we were confident with.

Sandown was tricky due to the changeable conditions, and we were still finding our feet with the car. But by the end of that weekend, I really felt one with the car. I knew we had taken a good step. The team worked incredibly hard before Tasmania, and took a big reset between events. 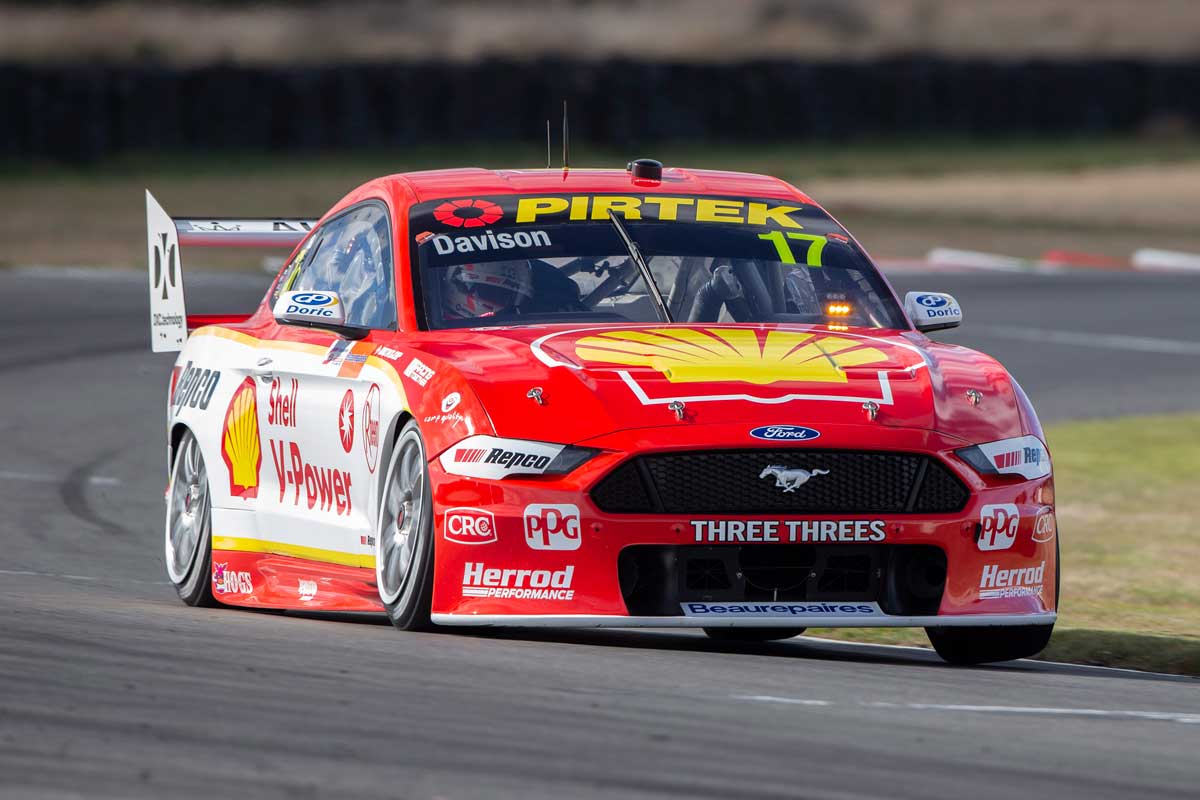 A lot of hard work went in, and a lot of thought went into the cars. We had a good, hard look at how we wanted the cars to roll out in Tassie, and it worked, right from the first lap.

We were quick in practice, which is what we needed, especially in these two-day events.

Making gains for Tassie was all about hard work, and teamwork. There was no magic between Sandown and Tassie; it was just progression. We worked hard as a group, and we put it all together.

I’m not surprised by our Tassie results; I was always confident we were going to be able to step it up from our Bathurst and Sandown performances.

I like to say that, no matter what, you’ve got to be a consistent top-five runner. To do that, you have to qualify on the front two rows and collect podiums.

We’re in the window with the other fast guys, and it’s so close at the top. On two occasions in Tassie qualifying, I was a few hundredths off the front row. 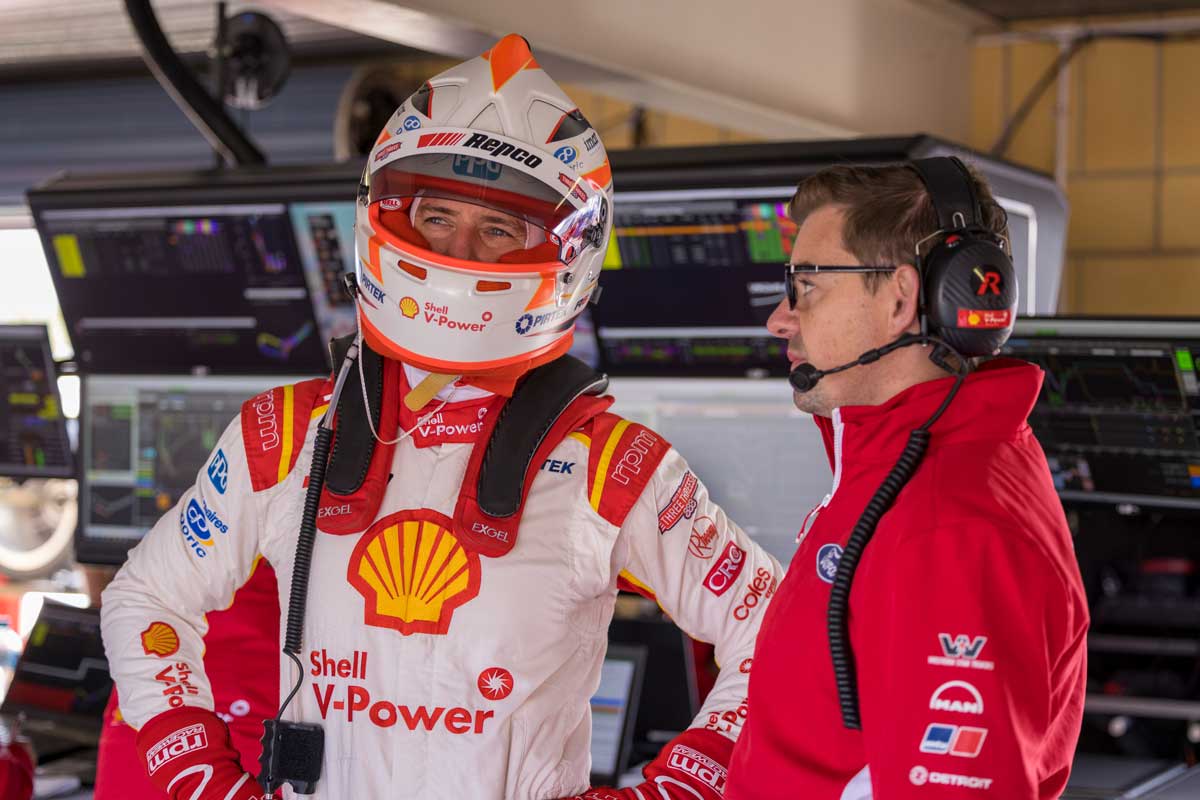 The car felt really good all weekend. There were a few things we couldn’t quite nail over one lap, but even then, you’re pulling hairs.

There are certain aspects of Symmons Plains which play a role, like slipstreaming and tyre life. But through it all, it was really satisfying to be on the money from the word go.

We would have liked to have been on the front row, but we put ourselves in contention in every session, which was really important.

It’s important that we understand the methods as to where we can extract pace, and where we can improve. We’d rather that that just pluck speed out of thin air.

There are so many positives to take from the weekend, and obviously some things we can work on. But in the third event of a new partnership, with new drivers, it was a solid outcome.

It’s always a nice feeling when you’ve got a well-balanced car, but you’ve got to back your tyre life and be patient, which Anton and I both were in Sunday’s last race.

The cars are so even up and down the grid, and it’s hard to pass when the guy in front has good tyres. I was sitting in behind Cam Waters and Anton, and was able to sit on their bumpers, but it wasn’t easy.

I trusted that in the final 10 laps, that everything would fall our way. Excitingly, it did, and it was so much fun to be part of a finish to a race like that, and get the result at the end after such a fair fight. 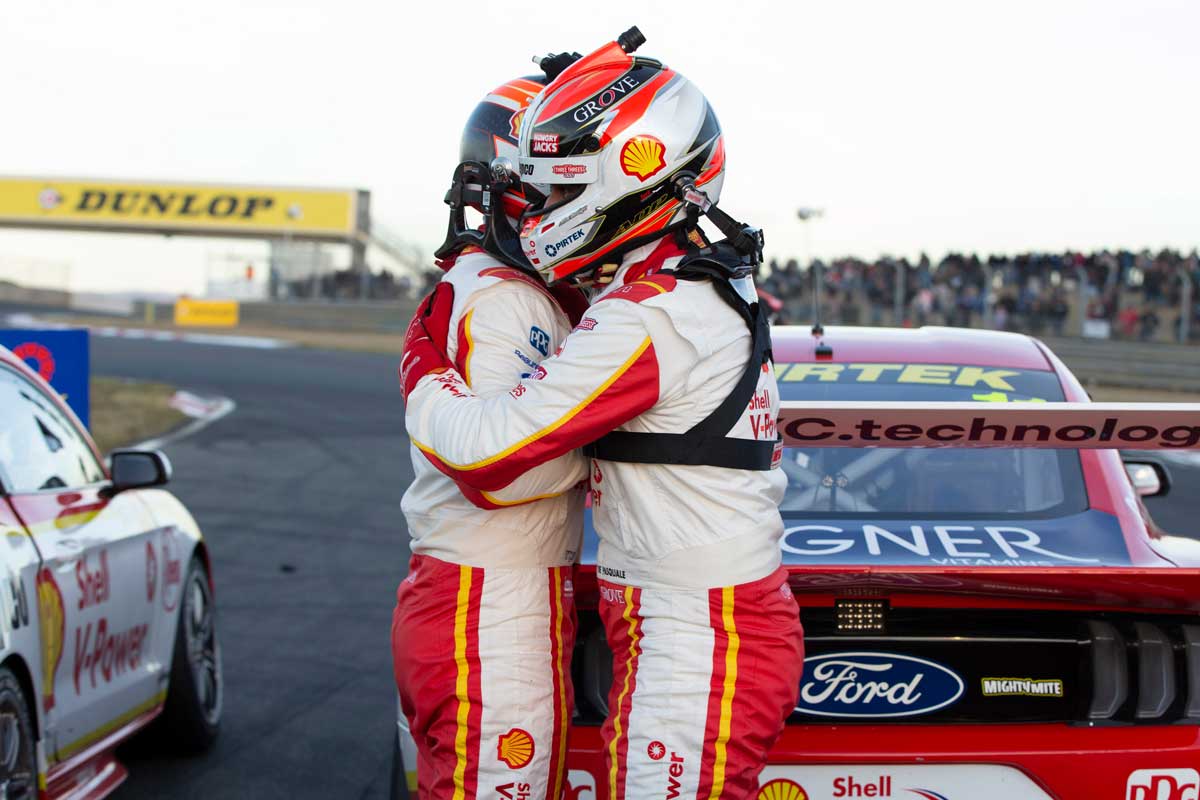 Anton and I were rapt for the team. Obviously, the team has come off some great success, but this new chapter is the tricky early part of a winning chemistry.

We had a laugh after the race and spoke about how each other’s cars were; we’re bonding really well and working well as teammates. That filters through the whole team; there’s a great culture there.

We deserve to go to The Bend full of excitement. Every race meeting I go to with this team, it’s special to know I’ve got a shot to be right there with the fast guys.

I’m really comfortable in the car now. The debriefs after Tassie have been very positive; we have data and information we can analyse, which will give us more understanding of what we can do better next time we hit the track.

The Bend is a track I enjoy, and Anton likes it too; importantly, the team has always done well there.

We’ve kicked off the year at some circuits where Triple Eight traditionally does well at, so we want to address that. But we’re now heading to a string of circuits where our cars have been fast before, so I’m really excited to keep the ball rolling.